On Saturday August 31, a twenty year old Dutch girl called Lisa, went to a party and took a fingertip of MDMA. This led to water intoxication and eventually led to her death. Her life ended at Wednesday September 4th after a cardiac arrest.

More than eighty percent of the Dutch people use drugs at festivals. That’s what became clear to Lisa’s parents when they had spoken with Lisa’s friends and other youngsters.

The reason for the use of hard drugs is the low price. Using hard drugs is cheaper than drinking alcohol. A pill only costs 3 Euros and is easy to get at festivals, because there are a lot of dealers. This makes the use of drugs very popular.

The parents of Lisa would like to get attention for what happened. They lost Lisa for nothing. “This death should not have happened” is what they said.

On August 31 Lisa was at Voltt, a Dutch dance festival in Amsterdam. Around 9pm Dutch time, Lisa didn’t feel well and took a cab to her hometown Leiden. A friend of hers stayed at the festival. “In the afternoon, around 5pm she took a fingertip of the MDMA powder which she bought before she went to the festival” is what she said. Lisa had already used MDMA a few times before.

“Lisa didn’t drink any alcohol during the festival” her dad says. “When she got home, her roommates stayed with her. Later that evening her situation became worse. She had to throw up a lot.”

Her parents and sister think Lisa would have drunk a lot of water when she got home. Being very thirsty is one of the side effects of MDMA. “It’s like your tongue sticking to your palate” learned her sister, after she did research about MDMA on Google.

At September 1 around 4.30pm Lisa’s parents got a phone call from the Leiden University Medical Centre about Lisa being in a coma. The hospital was informed by Lisa’s roommates about her situation. Her condition had become even more worse. Lisa now had foam around her mouth and epileptic like seizures.

Drugs can shut down the kidneys, which stops you from peeing. People who drink a large amount of water, are able to poison their own bodies. A lack of salt causes swelling. The skull of a young person has no extra space in it. A swelling will pressure the brain stern, which can have fatal consequences.

Tuesday morning Lisa was declared brain dead after stopping the ventilation. Lisa was a real families person. Unfortunately she couldn’t become what she wanted to: ,,Rich’’. 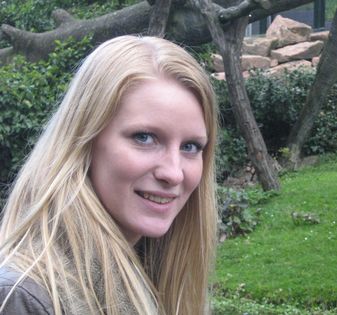