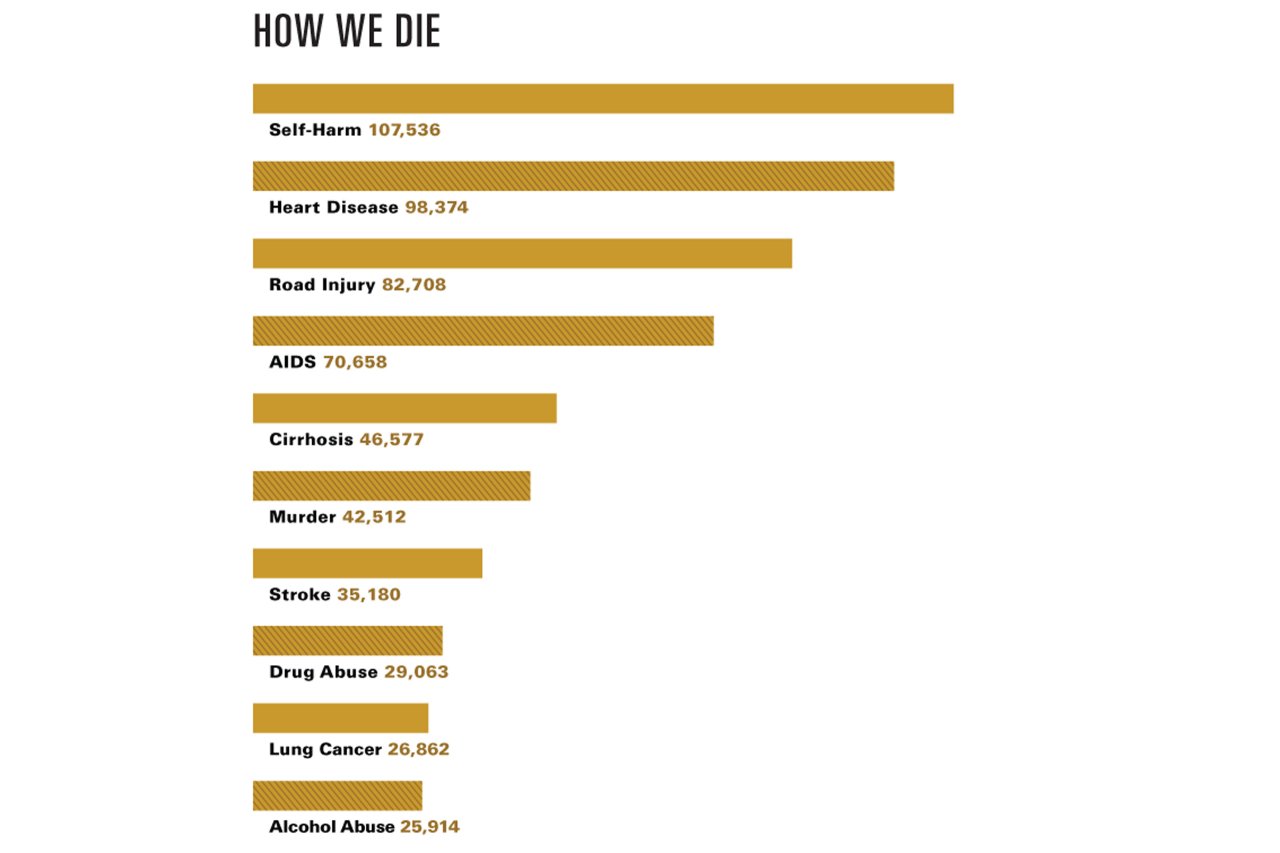 When Thomas Joiner was 25 years old, his father—whose name was also Thomas Joiner and who could do anything—disappeared from the family’s home. At the time, Joiner was a graduate student at the University of Texas, studying clinical psychology. His focus was depression, and it was obvious to him that his father was depressed. Six weeks earlier, on a family trip to the Georgia coast, the gregarious 56-year-old—the kind of guy who was forever talking and laughing and bending people his way—was sullen and withdrawn, spending days in bed, not sick or hungover, not really sleeping.

Joiner knew enough not to worry. He knew that the desire for death—the easy way out, the only relief—was a symptom of depression, and although at least 2 percent of those diagnosed make suicide their final chart line, his father didn’t match the suicidal types he had learned about in school. He wasn’t weak or impulsive. He wasn’t a brittle person with bad genes and big problems. Suicide was understood to be for losers, basically, the exact opposite of men like Thomas Joiner Sr.—a successful businessman, a former Marine, tough even by Southern standards.

But Dad had left an unmade bed in a spare room, and an empty spot where his van usually went. By nightfall he hadn’t been heard from, and the following morning Joiner’s mother called him at school. The police had found the van. It was parked in an office lot about a mile from the house, the engine cold. Inside, in the back, the police found Joiner’s father dead, covered in blood. He had been stabbed through the heart.

The investigators found slash marks on his father’s wrists and a note on a yellow sticky pad by the driver’s seat. “Is this the answer?” it read, in his father’s shaky scrawl. They ruled it a suicide, death by “puncture wound,” an impossibly grisly way to go, which made it all the more difficult for Joiner to understand. This didn’t seem like the easy way out.

Back home for the funeral, Joiner’s pain and confusion were compounded by ancient taboos. For centuries suicide was considered an act against God, a violation of law, and a stain on the community. He overheard one relative advise another to call it a heart attack. His girlfriend fretted about his tainted DNA. Even some of his peers and professors—highly trained, doctoral-level clinicians—failed to offer a simple “my condolences.” It was as though the Joiner family had failed dear old Dad, killed him somehow, just as surely as if they had stabbed him themselves. To Joiner, however, the only real failing was from his field, which clearly had a shaky understanding of suicide.

The entire article is a big read, but definately worth it! Check it out here on Newsweek