Caitlin Doughty, a Los Angeles mortician, is a true champion of the alternative death industry. Today, Northern California is at the heart of the “alternative death industry”, which advocates eco-friendly, coffin-free home burials. In 2011 she founded the Order of the Good Death, an online collective committed to returning death to contemporary American life. Its mission is to cut through anxiety around death, and help people to consider their mortality anew. The interest in death was always there – but just like in any other field, modern technology has advanced the conversation. 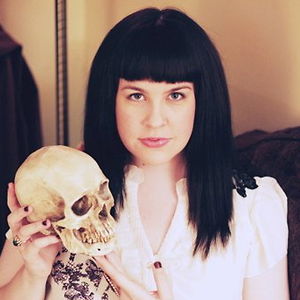 Up to years ago, people kept bodies in their homes for a few days after death. But the corpse has been taken out of our culture, and that’s to the detriment of our relationship with death. Now burial means an embalmed body in a heavy-duty casket with a vault built over it, so that the ground doesn’t settle; basically leaving the body in many layers of denial. Engaging with the corpse is good for us, mentally and emotionally.

In California, options for disposing a loved one’s body are basic; burial, cremation, scientific donation. People make urns shaped like golf clubs, or put ashes in fireworks. That’s not innovation. “I don’t think people realise how limitless our engagement with death could be”.

Doughty is now in the process of setting up her own funeral business, as a freelance death midwife. She wants to consult those close to death, and work with funeral directors to realise the funerary desires of the deceased. Just as a wedding planner guides people through the options for the biggest day of their life, so wants Doughty to show people the possibilities for the biggest day of their death.